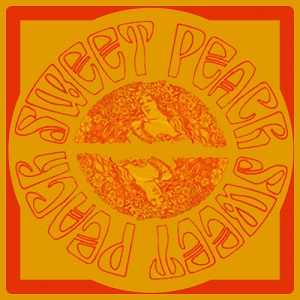 Sweet Peach Records was born out of Adelaide’s Gamba Studios, spearheaded by producer Jimmy Stewart and Denis Whitburn. Although short-lived, the label packed a big punch and achieved 40 singles, one EP, two “maxi-singles” and ten LPs in its three-year life span. Stewart produced all the Adelaide recordings, and Whitburn styled and produced the artwork. Together, they banded to market and develop the label. Musician Doug Ashdown came into the mix when the pair decided to move operations to Sydney. Ashdown was involved in co-production, helping Stewart write for artists. He was also one of the label’s first signings, contributing several singles and the double album, “The Age of Mouse”.

American entrepreneur Pat Coleman also influenced the label, responsible for the introduction of proper management and accounting. This saw the addition of touring, artist management, and music publishing divisions within the business. The team was a force to be reckoned with, and with the added help of Gamba Studios owner Derick Jolly, Sweet Peach was able to make an incredible impact on the music scene even if only for a short period.

Ashdown and Stewart co-produced much of the catalogue and co-wrote several tracks for artists such as Lee Conway, Holy Black and Fraternity. As arranger and musical director for most of the label’s early singles, Adelaide musician Phil Cunneen was another important influence in the studio.

Sweet Peach Records’ second LP was Doug Ashdown’s “The Age of Mouse”. You may remember it as Australia’s first popular double album, released a year before Spectrum’s “Milesago”. The backing band on the LP was Levi Smith’s Clefs, which was based in Sydney for most of the late ’60s. While the band worked with Ashdown on the LP in Adelaide, they recorded their only LP, “Empty Monkey”. It was one of the first attempts by an Australian band to blend pop, R&B, soul and jazz – an approach solidified by the album’s highlight track, an ambitious 11-minute rendition of The Beatles’ “You Can’t Do That”.

Fraternity’s keyboard player John Bissett has described the LP as, “a pretty accurate representation of the Clefs at that time — a blend of Motown and rock, largely inspired by Vanilla Fudge.” It was acclaimed by critics such as Go-Set’s Ed Nimmervol, who regarded it, “the best rock album ever produced in Australia”. It didn’t do as well as expected in the commercial world, but has become a sought-after collector’s item. According to Clefs’ vocalist Barrie McAskill, part of the reason the LP was not commercially successful was because Sweet Peach Records suddenly switched distributors halfway through the promotional tour. McAskill also suggested Sweet Peach had an “agenda” to take the band away from him. Shortly after the album’s release in 1970, most of the band (Mick Jurd, John Bisset, Bruce Howe, and Tony Buettel) left to form Fraternity.

Fraternity was based out of Sydney for most of 1970, including a long residency at Jonathan’s Disco, which they shared with Sherbet. Their first single “Why Did It Have To Be Me?” came out in October 1970, and was followed with the group recording their debut album “Livestock” at Sydney’s United Sound Studios. The album was co-produced by Ashdown and Stewart. Two singles were lifted from the album – “Lisa” and “Roadrunner” (Jan. 1970), and a cover of Junior Walker’s “Shotgun” (Apr. 1970).

Following the release of the LP, Adelaide-based entrepreneur Hamish Henry took over the management of the group and moved them to his city. Their 1971 release was a three-track, seven-inch, 45rpm “maxi-single” that Sweet Peach issued. This was still an unusual format in Australia at the time, although it became popular during the punk/new wave period.

During Fraternity’s residency at Jonathan’s, where Aussie rock band Blackfeather’s John Robinson was a regular, the two bands built a relationship. With Robinson’s blessing, Fraternity covered Blackfeather’s “Seasons Of Change,” released in 1971. Fraternity’s second single was their only major hit, and Sweet Peach’s most successful release. It topped charts in Adelaide and made the top ten in other cities, although unexpectedly having to compete with the original version by Blackfeather. It would have probably been a national hit, had Blackfeather’s label Infinity not released the original version as a single shortly after Fraternity’s version gained popularity in Adelaide.

As aforementioned, several Sweet Peach releases have become sought-after collectors items. By far the most valuable is the ultra-rare 1970 LP “Childhood’s End’ by Adelaide singer-songwriter Phil Swayer. This obscure recording was listed for sale on EBay in 2007 for a staggering US$700. Largely because of Bon Scott’s involvement, Fraternity’s original recordings have now also become valuable, and copies of their Sweet Peach singles for sale on Oz Music Online are valued at AU$55 each. Original copies of Doug Ashdown’s “The Age of Mouse” LP are selling on EBay for US$80. Ashdown jokes on his website that this is more than he was paid to record it! The debut single by Adelaide band Cannery Row is listed for sale for AU$45 (Dec 2020) on Oz Music Online.

Another rarity is Sweet Peach Records’ only known EP, a jazz recording by a group called The Gas Company. Thanks to Bill Stevens, we now know Eddie Comer (trumpet), with Dave Owens (tenor sax), Neville Blanchette (trumpet) and Bryce Rhodes (piano), led the compositions, musical direction and arrangements. Collectors are seeking vintage Aussie jazz and this EP is clearly sought-after, with a copy recently selling on eBay for UK£67 (AU$145).

Another Sweet Peach curiosity, also brought to our attention by Bill, is “Festival ’70”. Although this “various artists” compilation LP consists entirely of Sweet Peach acts, it wasn’t released by Sweet Peach and came out instead via Philips Record’s pop subsidiary – Fontana label.

Also of interest are the two releases by Sydney-based cabaret band Multiple Balloon, who worked the Sydney hotel and cruise circuit in 1969-70. These singles are of note because they are the first commercial recordings to feature renowned New Zealand-born singer and bassist Charlie Tumahai, whose stellar career included Aesop’s Fables, Nova Express, Friends, Healing Force, Alta Mira, Mississippi, Bill Nelson’s Be Bop Deluxe, and Herbs.

The last known Sweet Peach LP was Lee Conway’s “Applewood Memoirs (People)”. According to EBay, all but one of the tracks are Ashdown-Stewart compositions. A copy of this LP was listed for sale in early 2008 for US$50.

Even though Sweet Peach are now yet another entry in the annals of musical history, their page is often turned to for Australian music heritage. They have left an unmistakable impact on the scene, and the various individuals that helped contribute to this are remembered fondly, as one of the sweeter parts of golden-oldie rocker nostalgia.

If you would like to know more about Sweet Peach Records or Jim Stewart Music then please email support@sweetpeachrecords.com